When the preview for musical artist Sia’s debut film Music was released---- it received backlash from individuals on the autism spectrum. But it also sparked a conversation about neurodiversity.

This hour, we talk about how the mainstream portrays autism. In the film Music, the central character “Music” is played by Maddie Ziegler, a neurotypical actress leading many to ask, why couldn’t someone on the autism spectrum be cast to play this role.

How should we approach portraying autism and other disabilities in film and television? We want to hear from you.

We also hear from Connecticut’s Child Advocate, Sarah Eagan on how schools are addressing educational needs of student with disabilities during this pandemic. 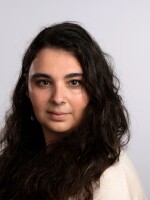