The year in pictures from Connecticut Public

The year 2021 has been a roller coaster to say the least. Connecticut Public’s photojournalists captured moments from every corner of the state as we collectively experienced a second year of the COVID-19 pandemic, as well as daily life, weather events and milestones.

At the beginning of the year, we see a divine moment that was caught during one of our first snowfalls of 2021, along with Foodshare volunteers at Rentschler Field in East Hartford. Snow in Connecticut has never been easy and with the pandemic leaving many jobless, these two photos encapsulate helping hands during some tough times.

Moving through the gallery, you’ll see images depicting 2021’s political climate. Tensions were heavy with protests spreading across the country -- to the point where the National Guard protected capitols and other state buildings to keep armed protesters from damaging buildings or harming those inside after the Jan. 6 insurrection in Washington, D.C.

COVID-19 vaccines were a huge part of the year as some of the first doses were administered in late January. They came in phases, starting with first responders, older adults and high-risk people, and finally moving throughout the year to high school students and kids. Proms and graduations were held outdoors at large venues. Cases began to subside as the weather got warmer, and schools brought kids back to in-person learning in the fall.

As climate change continues to affect daily life and alter our landscape, the efforts to help keep Connecticut green were challenged when one of the few recycling facilities in the state was shut down. Connecticut saw heavy rainfall and flooding with frequent downpours and a near miss by Hurricane Henri.

Celebrating and sharing the stories of cultural diversity was cherished in many moments throughout the year, from the Puerto Rican Day Parade and Juneteenth celebration to uncovering the honest realities of deportation and marches that continued to bring awareness to systemic racism.

The election season this fall was one of intense divisiveness, as school board meetings became battlegrounds over masking and critical race theory. Still, there were moments of levity as seen in photos of a nun talking with a candidate and her supporters, and a mother and son performing their civic duty.

Daily life will continue to unfold in the coming year amid a continued challenging time in our state and the world. Cherish the moments that we experience together. Happy New Year from Connecticut Public! 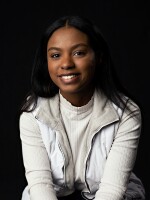