NASCAR’s Reckoning On Race And Culture

For the first time in league history, a non-white racer has won NASCAR’s Cup Series. Kyle Larson’s win comes only a year after the sport banned one of it’s most well known symbols. On this week's Disrupted, we replay a conversation on NASCAR’s push for diversity with racing legend Bill Lester.

Disrupted is produced by James Szkobel-Wolff, Zshekinah Collier, and Catie Talarski. Our interns are Kelly Langevin and Maisy Carvalho. 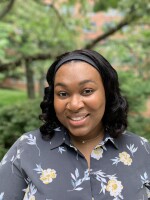