This hour, we’re celebrating our 100th episode of Seasoned. That’s 100 hours of interesting, fun conversations with people in the food world we respect: food writers and cookbook authors, home cooks, chefs, farmers, restaurant and market owners, and drinks experts. This week on Seasoned, we’re listening back to a few of our favorite conversations from the last two years.

This show was produced by Robyn Doyon-Aitken, Catie Talarski, Emily Charash and Katrice Claudio. Our interns are Anya Grondalski and Mira Raju.

Seasoned is available as a podcast on Apple Podcasts, Spotify, Google Podcasts, Stitcher, or wherever you get your podcasts. Subscribe and never miss an episode!

Robyn Doyon-Aitken
Robyn is the senior producer of 'Seasoned,' a show celebrating food and farms. She's food-obsessed, loves to bake, and constantly thinks about people in the food world, both nationally and locally, who have compelling stories to tell about food.
See stories by Robyn Doyon-Aitken 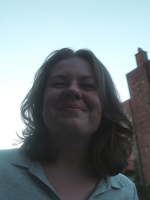