Atlantic Menhaden Board Votes Against Ecological Management Plan For Fishery

The Atlantic Menhaden Board voted earlier this week to stick to the status quo when managing the menhaden fishery and made slight changes to the annual catch limit. However, Saving Seafood, a group that represents the commercial fishing industry, has mixed feelings about those changes.

Menhaden are a forage fish found across the Atlantic Coast. The Board was considering implementing a new ecological-based management plan that was designed for forage fish.

The plan would have required fishermen to leave enough fish in the water for it to replenish itself and enough for predators to eat. However, the board voted no for the plan because it’s not specifically designed for menhaden.

"I think this was a strong statement that moving forward science needs to prevail, data needs to prevail and we need to look at this complex system in its complexity and not try apply a rule of thumb in every circumstance," Vanasse said.

The menhaden board also voted to increase the annual catch quota by eight percent from 200,000 metric tons to 216,000 metric tons. Vanasse said the board did not follow the best available science when making that decision, and that catch limits should have been raised by 20 percent to 240,000 metric tons.

Robert Ballou, chair of the Atlantic Menhaden Board, said the board wanted to set a conservative catch limit to ensure the species remains sustainable until the menhaden-specific ecological-based science is ready in 2019.

Menhaden are currently managed using single-species reference points, which set a catch limit that keeps enough of the species in the ocean for it to replenish its population each year. 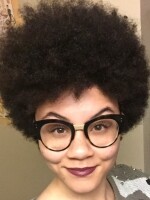