On Tuesday, Dec.14, the Connecticut State Capitol Preservation and Restoration Commission will vote on whether to recommend the removal or relocation of a statue of a Colonial-era war figure from the Capitol building in Hartford.

Mason led a massacre of Pequot tribal members in the 1600s. Some critics say the statue should be removed because of Mason’s involvement in genocide. But some scholars argue that the statue should remain for educational purposes.

The commission held a public forum Nov. 29 about the topic, where a majority of speakers supported removal.

The projected cost to remove the Mason statue is $50,000. State Sen. Cathy Osten, a member of the commission, says there’s a $5 million budget to update the state Capitol building.

Butler favors relocating the statue to the Old State House, where he says it can be better understood. He says the statue intends to glorify Mason’s actions, rather than provide education on what took place in Mystic, Connecticut, during the 1637 Pequot War.

Butler talked about his experience of walking into the Capitol and seeing the statue whenever he goes in to give testimony.

“As I walk in the building, it’s offensive to see this bust of a man who slaughtered so many Pequot Ancestors. The look of surprise on the legislators’ face, they didn’t even know he was on there.”

Woodward, the state historian, wants the Mason statue to remain at the Capitol. He says it can spur discussion about the complexity of history, by using these stories to reflect and engage in talking about past and present issues, such as justice, race, redress and erasure.

He talked about how the statue will not benefit many people if it is relocated to a museum, acknowledging that they are working to be more inclusive and diverse.

“Museums are today largely places where middle-aged white women are the primary attendees,” Woodward said. “They are not places where people go to really engage critical issues, most of the time unfortunately.”

If approved, the commission’s recommendation will go to the Office of Legislative Management, which controls the Capitol campus. 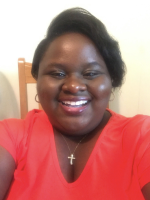