Wrong-way crashes are on the rise in Connecticut. What's being done to prevent them?

The majority of wrong-way crashes involve a driver impaired by alcohol or other substances.

Connecticut State Police continue to investigate the death of state Rep. Quentin Williams, who was killed last week in a wrong-way crash on Route 9 in Cromwell.

The Accountabilty Project found that wrong-way crashes are on the rise across the state. In 2022, 23 people were killed in Connecticut in wrong-way crashes. That’s the highest number the state has seen in the last five years.

The Connecticut Department of Transportation says in about 80% of these cases, the driver is impaired by alcohol or other substances.

Fredrick Dombrowski, a University of Bridgeport clinical mental health expert who specializes in substance use, says a cultural change is needed to reduce the likelihood of these crashes.

“This has to be everyone, not only public policy but also even people working at bars and restaurants. They can link up with rideshare services or taxis to then be able to help people get home,” Dombrowski said.

Connecticut is also exploring new roadway safety features. Last year, the state announced an investment of $20 million into wrong-way driving countermeasures. It will add pavement markings near ramps, replace some traffic signals with directional arrows and install more than 500 “Wrong Way” signs. Those messages will be placed approximately every mile, on the backs of existing speed limit signs.

Connecticut is also testing new systems to detect vehicles going the wrong way. The state previously assessed more than 200 highway ramps, identifying potential problem spots based on factors such as poor lighting and the number of businesses that serve alcohol within half a mile.

It gave special attention to spots where on- and off-ramps are located on the same side of the road, which can be confusing for drivers.

The state is now rolling out warning systems at 16 areas of concern. It installed the first in Danbury in January 2020 and will expand this year.

They use 360-degree cameras to detect vehicle motion and include large, red signs that flash when the system is activated.

Fran Mayko, a spokeswoman for AAA Northeast, says the Connecticut DOT has made recent progress on the projects.

“They have put additional signage, reflective signage. There are some ramps where if a person goes up the wrong way, lights flash," Mayko said.

The state DOT has installed wrong-way detection with flashers at nine ramp locations, and dozens of additional ones have been identified for installation this year.

Dombrowski says while these are helpful in some cases, drivers under the influence may get distracted and not see them.

We reached out to the Connecticut Department of Transportation for an interview but didn’t get a response.

Williams, a Democrat from Middletown, was killed early Thursday morning after the vehicle he was in was struck by a wrong-way driver on Route 9 in Cromwell, just hours after he was sworn in to his third term.

A police report indicates the wrong-way crash occurred just before 1 a.m. Williams was inside a vehicle heading south on Route 9 when another vehicle traveling the wrong direction struck it head-on near the Exit 18 entrance ramp, police said.

The 27-year-old driver of the other vehicle was also killed. The circumstances remain under investigation. 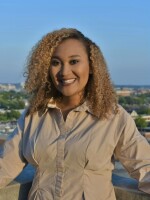 Jim Haddadin
Jim Haddadin is a data journalist for The Accountability Project, Connecticut Public's investigative reporting team. He was previously an investigative producer for NBC Boston, and wrote for newspapers in Massachusetts and New Hampshire.
See stories by Jim Haddadin
The Reporter’s Notebook
Our new Reporter's Notebook series is a part of The Accountability Project's new newsletter.
View series
TOP HEADLINES