Connecticut has become the first state in the nation to officially observe Sikh Genocide Remembrance Day. The day honors the lives lost during anti-Sikh riots in India in the 1980s.

Swaranjit Singh Khalsa, a Norwich resident and ambassador for the Department of Justice, talked with state senators to help pass Senate Bill 489, which recognizes the day.

“I noticed that there is a problem that when people look at me, they don't know who I am. I thought in order to address that problem, we should educate people, make people aware who Sikhs are and where they're from, so they don't confuse us with the other religions,” Singh said.

Sikhs make up less than one percent of the United States population. Singh hopes Sikh recognition becomes a national trend, to get more exposure for his religion.

Overall, the local reaction to the legislation has been positive.

“It's a very positive feedback for the community. The community is very happy that they have recognized this day as Sikh Genocide Remembrance Day,” Singh said. “I think it makes the community feel safer living in Connecticut.”

Sikh Genocide Remembrance Day is on November 30. Connecticut Sikhs are planning to hold a ceremony at the state Capitol remembering the lives lost. 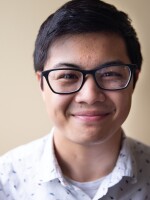 Paolo Zialcita
Paolo Zialcita is a senior at the University of Nevada, Reno, studying journalism and sociology. He comes to Connecticut through the Dow Jones News Fund Digital Media Intern program. He has also written stories for his school newspaper, The Nevada Sagebrush, and his local radio station, Reno Public Radio.
See stories by Paolo Zialcita
TOP HEADLINES