Members of the Connecticut National Guard and the 928th Military Working Dog Detachment were honored by U.S. Sen. Richard Blumenthal in a Veterans Day ceremony at the State Armory in Hartford.

Dogs are considered veterans too, putting their lives on the line just as men and women do.

“Military working dogs are an incredible asset because they are a force multiplier in the battlefield and in home station,” said Sgt. Anthony Torri. “They provide capabilities that no machine the Army can buy can do.”

The 928th is the only military working dog unit in the country that is part of the National Guard. The detachment has nine handlers and six working dogs trained to detect both drugs and explosives.

“Each military working dog is trained to patrol, which is bite work and also detection of one substance or the other, and that’s going to be narcotics or explosives,” Torri said.

Connecticut was also home to the original working dog, Sgt. Stubby, who served with distinction in World War I with the famous 102nd Infantry Regiment. 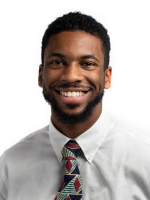