New York’s Health Commissioner, Dr. Mary Bassett, has tested positive for COVID-19, Governor Kathy Hochul announced in a briefing that documented the worsening situation in the state as the Omicron variant multiplies.

Hochul said Dr. Bassett is experiencing mild symptoms and is self isolating for the next several days. Her positive test came as part of a daily screening for aides and advisors who come into contact with the governor.

“Of course she is vaccinated and boosted, so this would be a breakthrough case,” said Hochul. “But she is feeling fine.”

To some, the situation feels eerily like early March of 2020, when the pandemic fully hit, but Hochul stresses that we have more ways to combat the virus available now.

“We are avoiding a government shutdown because we now have the tools available to all of us,” Hochul said “Vaccination, booster shots, masks.”

The governor said some good news is that, so far, the Omicron variant appear to be milder. It is also peaking and then declining more rapidly in countries including South Africa that have already experienced surges.

Hochul said the state is taking new steps, including opening up more mass vaccination sites to make the shots, as well as booster shots, more readily available. Forty percent of adults have now received the booster, but she said the numbers need to be at least over 70% to help prevent further spread. She urged parents to take their children to get their shots over the upcoming holiday school break.

Hochul said state inspectors will now be conducting spot checks to make sure there is compliance with a statewide mask mandate issued December 13. She at first left it to local governments to enforce the new rules, but several counties refused, saying they don’t have the resources. The governor said she’s distributing $65 million to counties to help them get the word out about the mandate, and to develop online compliance centers to report violations.

The state will also distribute 6 million masks to counties, so businesses can have them on hand for customers.

In addition, 10 million of hard-to-find, at-home tests will be given out in the coming weeks — including 2 million directly to school children — to make it easier for them to be able to determine their status quickly and, if they test negative, remain in school.

“We are committed to keeping our schools open,” she said.

At-home tests will also be distributed to college students to help keep campuses open this winter. Cornell University is among schools that shut down before the end of the fall semester due to spread of the virus.

Hochul, who is running for election next year, continues to receive criticism from some of her opponents, including Long Island congressman Lee Zeldin, the leading Republican candidate for governor. Zeldin came to the Capitol to ask Hochul to end the mask mandate, saying it’s not necessary. He said if Omicron causes less severe disease, then it’s unlikely to overwhelm hospital capacity the way previous variants did.

“And also, it’s going to be deterrent for getting people to want to get vaccinated,” Zeldin said. “If their lives are not going to be returning to normal any faster.”

Zeldin said people were originally told that after they were vaccinated, their lives could return to normal. He said whether or not to wear a mask should be a matter of personal choice.

Governor Hochul is also revising her November recommendation that all workers be back in person in offices in January. She said she still believes workplaces with vaccination and masking mandates can be safe, but now says it’s up to individual businesses to make those decisions.

The governor said she’s also not ruling out cancelling current plans for a limited, in-person State of the State speech on January 5, and could hold it virtually if things get worse. 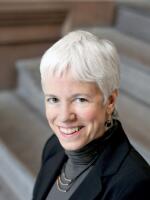