How children's television has evolved since 'Sesame Street'

Children's programming has evolved significantly since Sesame Street first debuted on PBS in 1969. This week on Disrupted, we revisit our conversation with actor Sonia Manzano, who played Maria on Sesame Street for more than 40 years. And we talk to a child psychologist who consulted on the creation of kids shows like Bear in the Big Blue House and Gullah Gullah Island.

Disrupted is produced by J. Carlisle Larsen, Kevin Chang Barnum, and Catie Talarski.
This episode of Disrupted was produced by James Szkobel-Wolff and Zshekinah Collier. 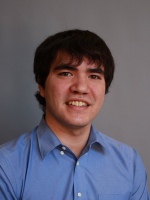