This hour, we talk about movie trailers. Maybe you wonder what a movie critic thinks of them. Actually, critics don’t see as many as you do because they often go to special screenings.

I asked America’s Greatest Living Film Critic, David Edelstein, about trailers. He answered, “Actually, I avoid them like the plague. I don’t watch them online, and when I see movies in theaters, I often whip out my Kindle and plug my ears. If I’m on the aisle, I leave and get a Diet Coke. Trailers give away everything. They give away jokes. More than that, they orient you to the narrative in a way I don’t like being oriented. (Of course, I have the luxury of going into a movie not knowing what it’s even about because I get paid to do so, but that’s my preferred way to work – to be left in the hands of the storyteller.) As for as awful ones I have seen… I remember Nebraska in particular as being terrible because the pace and tone of that movie are antithetical to the way mainstream trailers work. It said quirky. Offbeat. Lovable. Among the best, I recall Batman Returns as being so great. I thought the movie itself was an overrated shambles – a really terrible piece of storytelling – but even Tim Burton’s worst movies have so many good images and set-pieces that they really read in trailers.”

For the rest of us, trailers are either a pain or a pleasure. 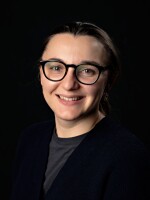