Connecticut has 139 state parks and forests and many are badly in need of repairs and maintenance. Finding the money to complete those projects is a challenge for state officials.

Governor Ned Lamont has pledged $55 million through his annual budget request aimed at some of the park system’s most “basic” needs.

Hearst Connecticut Media reports repairs to the nearly-century-old pavilion at Rocky Neck park could alone cost as much as $30 million.

The governor's request would cover a fraction of the nearly $130 million in necessary maintenance, repairs and other infrastructure projects identified by parks officials in recent years. A surge of visitors during the pandemic has put added strain on the system.

State lawmakers in 2017 added additional fees on motor vehicle registrations, which bring in about $21 million a year to staff state parks and other operational expenses.

The state has not determined which projects would be first in line for funding if Lamont’s budget request is approved. 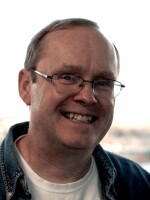