Drought continues to worsen across Connecticut, especially in eastern counties

Connecticut’s drought is getting worse.

Gov. Ned Lamont made the stage 3 announcement based on a recommendation from the state’s interagency drought workgroup, which monitors conditions across Connecticut.

There are five levels under the Connecticut drought response plan. All the other counties remain in stage 2 — an emerging drought.

Multiple markers are showing that the drought has worsened in Connecticut, with lower precipitation than expected and high temperatures in July and early August, said Eric Lindquist, an environmental analyst with the Office of Policy and Management.

“The picture that’s developed in the last couple weeks is that the bull's-eye of the drought has been centered over eastern Connecticut, particularly Windham, New London and Middlesex counties," Lindquist said. “In the past few weeks, the rest of the state has started to catch up.”

Rainfall in the past six months in Windham, Middlesex and New London has hovered around 60% to 65% of normal, officials said. Other measures, like groundwater levels, vegetation and fire risks, also contributed to concern.

The last time the governor declared a stage 3 drought was October 2020.

“There are steps that residents and businesses can take to help reduce the impacts of this drought,” Lamont said in a news release. “Those who depend on private wells, fire or irrigation ponds, and other highly localized water resources should be especially mindful of local conditions.”

The governor’s office recommends that residents reduce their water use and potential fire hazards to avoid pressure on the state’s water supply. 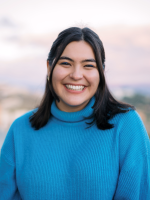