CNN’s Don Lemon Talks To His Friends About Racism ; Changing Perceptions Of Asians In America

This week, a Minnesota jury found former police officer Derek Chauvin guilty of murder in the death of George Floyd. Floyd’s death a year ago prompted calls to end police violence, and usher in broader social change. And now, even with the guilty verdict, many continue to question the meaning of justice.

This hour on Disrupted, CNN anchor Don Lemon talks about his new book This is the Fire: What I say to my friends about Racism — he started writing it in response to Floyd’s death.

And the president of the Museum of Chinese in America talks about how she’s working to change perceptions of Asians in America.

This program was produced by Anna Elizabeth, Catie Talarski, and James Szkobel-Wolff. 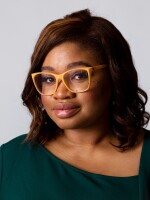