A seven-member board has been appointed to oversee eight middle schools in Springfield that are among the lowest performing schools in Massachusetts.

The board will report to the Massachusetts Commissioner of Elementary and Secondary Education and the Springfield Superintendent of Schools.  Springfield Mayor Domenic Sarno said the city and the state struck a deal on control of the 8 schools in an effort to quickly improve student achievement.

" We want to combine the good stuff we do in our public system and have some flexibility for innovative ways and teaching methods like what are done in the charter ( schools)," said Sarno.

The board will use an independent advisor, Empower Schools, which had success with turnaround efforts at schools in Lawrence and Salem, MA. 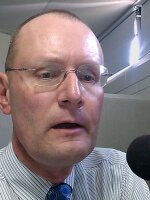