Vahideh Rasekhi, an Iranian citizen, was released Sunday afternoon after being held for over 24 hours.

“I was scared. I was super scared that I gonna go back, that I’m going to be deported. I came here legally!”

She said she was looking forward to getting some rest, to “go home, relax. I haven’t slept in more than 48 hours. I’m so tired, I don’t know how I look, I’m exhausted.”

Rasekhi returned to Iran in November to visit family. She has lived in the United States for more than 10 years.

Stony Brook is advising students from the seven countries named in the executive order from traveling outside of the United States unless absolutely necessary.

To learn more, go to the Stony Brook Press. 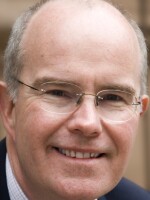 Terry Sheridan
Terry Sheridan is an award-winning radio journalist. As part of his duties as Long Island Bureau chief for WSHU, he oversees and mentors a newsroom staffed by students of the Stony Brook School of Journalism, where he is also a lecturer and adjunct professor.
See stories by Terry Sheridan
Demi Guo
TOP HEADLINES