Think about it. When’s the last time you saw a brand-new instrument in a marching band?

New instruments don’t come around too often — but it’s not for lack of trying. Getting a new sound off the ground involves design, production, music expertise, composition, and fans.

It’s no easy task to invent the next best thing, but this hour we talk to inventors, composers, teachers, and the Guthman Musical Instrument Competition to learn about the future of sound. 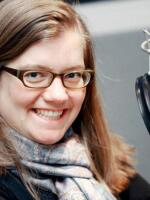