Health
WNPR Health Forum
Cancer Answers is hosted by Dr. Anees Chagpar, Associate Professor of Surgical Oncology and Director of The Breast Center at Smilow Cancer Hospital at Yale-New Haven Hospital, and Dr. Francine Foss, Professor of Medical Oncology. The show features a guest cancer specialist who will share the most recent advances in cancer therapy and respond to listeners questions. Myths, facts and advances in cancer diagnosis and treatment are discussed, with a different focus eachweek. Nationally acclaimed specialists in various types of cancer research, diagnosis, and treatment discuss common misconceptions about the disease and respond to questions from the community.Listeners can submit questions to be answered on the program at canceranswers@yale.edu or by leaving a message at (888) 234-4YCC. As a resource, archived programs from 2006 through the present are available in both audio and written versions on the Yale Cancer Center website.

New findings have lead researchers to believe that the link between marijuana and hunger is not just psychological.  Recently published in Nature, Yale professor Tamas Horvath, with his colleagues at the Yale School of Medicine, have monitored the brain circuitry that promotes eating and have found that neurons in the brain which are used to suppress appetite remain active while using cannabis.

These pro-opiomelanocortin neurons typically send signals to the body to let it know when to stop eating. However, Horvath and his team discovered that neurons under the influence of marijuana have the exact opposite reaction - telling the body it is hungry.

Tamas Horvath explained to the Yale News how this works:

“By observing how the appetite center of the brain responds to marijuana, we were able to see what drives the hunger brought about by cannabis and how that same mechanism that normally turns off feeding becomes a driver of eating. It’s like pressing a car’s brakes and accelerating instead. We were surprised to find that the neurons we thought were responsible for shutting down eating, were suddenly being activated and promoting hunger, even when you are full. It fools the brain’s central feeding system.”

It is still unclear why the neurons react in this way. More research is needed to validate the findings, but for now Horvath is hopeful these new findings can help provide insight and medications for cancer patient's loss of appetite. 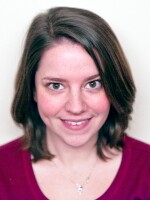 Tess Hansen
Tess contributes to WNPR’s digital content as well as general organization around larger projects. She is known for her graphs, charts, and spreadsheets for days. Tess started as an intern in 2013 working on Where We Live and The Colin McEnroe Show. She earned her stripes as a well-organized individual and has since contributed to the working systems of WNPR.
See stories by Tess Hansen
TOP HEADLINES